The turbulent period of the Napoleonic Wars in the early 19th century turned Vis into an important center of piracy, smuggling, and intelligence.

After English rule was established, it also became a powerful fortress. Between 1805 and 1811, Austrian rule was replaced by French rule for a short period of time, and after the battle between the French and English fleet in the channel in front of Vis harbor on 13 March 1811, English rule of Vis was established.

During their short period of governance of the island (1811-1815), the English buried their dead sailors on the solitary peninsula of St George. The rectangular area of the graveyard is encircled by a high stone wall. A small stone column with an inscription dedicated to the fallen officers and sailors was erected in 1911, while a monument with a base in the shape of a three-sided prism and a stone vase on top was erected in commemoration of the sailors of the warship ˝Victorius˝ who died on 22 February 1812 in battle with the French ship ˝Rivoli˝ near Venice.

On the monument, there are two marble plaques with identical inscriptions in English and Italian.

Before abandoning the island and handing it over to the Austrians, in 1815 the English military government built a graveyard and installed a memorial plaque in honor of those that died for their king and homeland.

During World War Two, the island of Vis again became a military fortress and remained the only island that was not conquered by the Germans.

English soldiers were buried in the graveyard on the peninsula of St George. 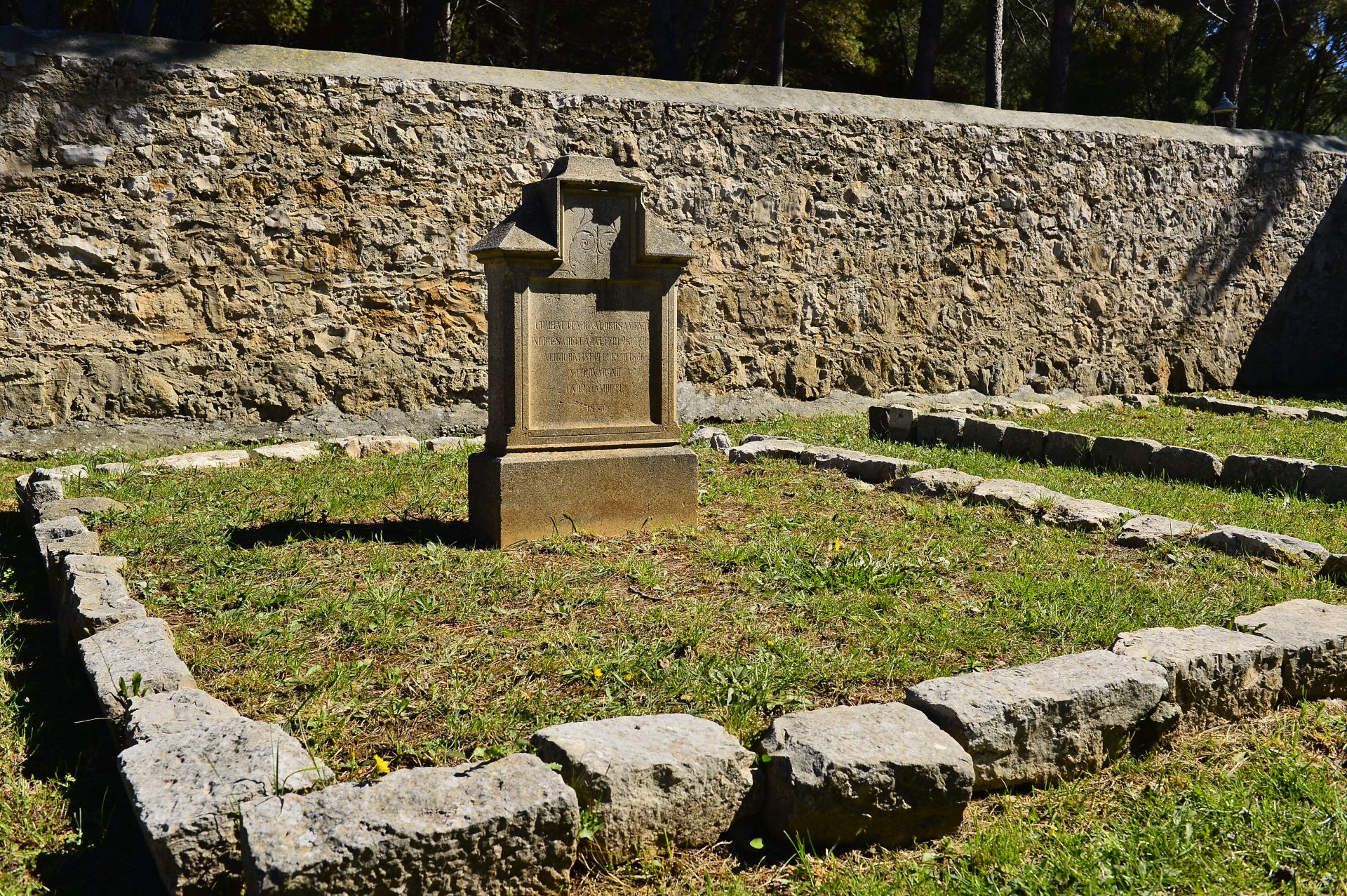 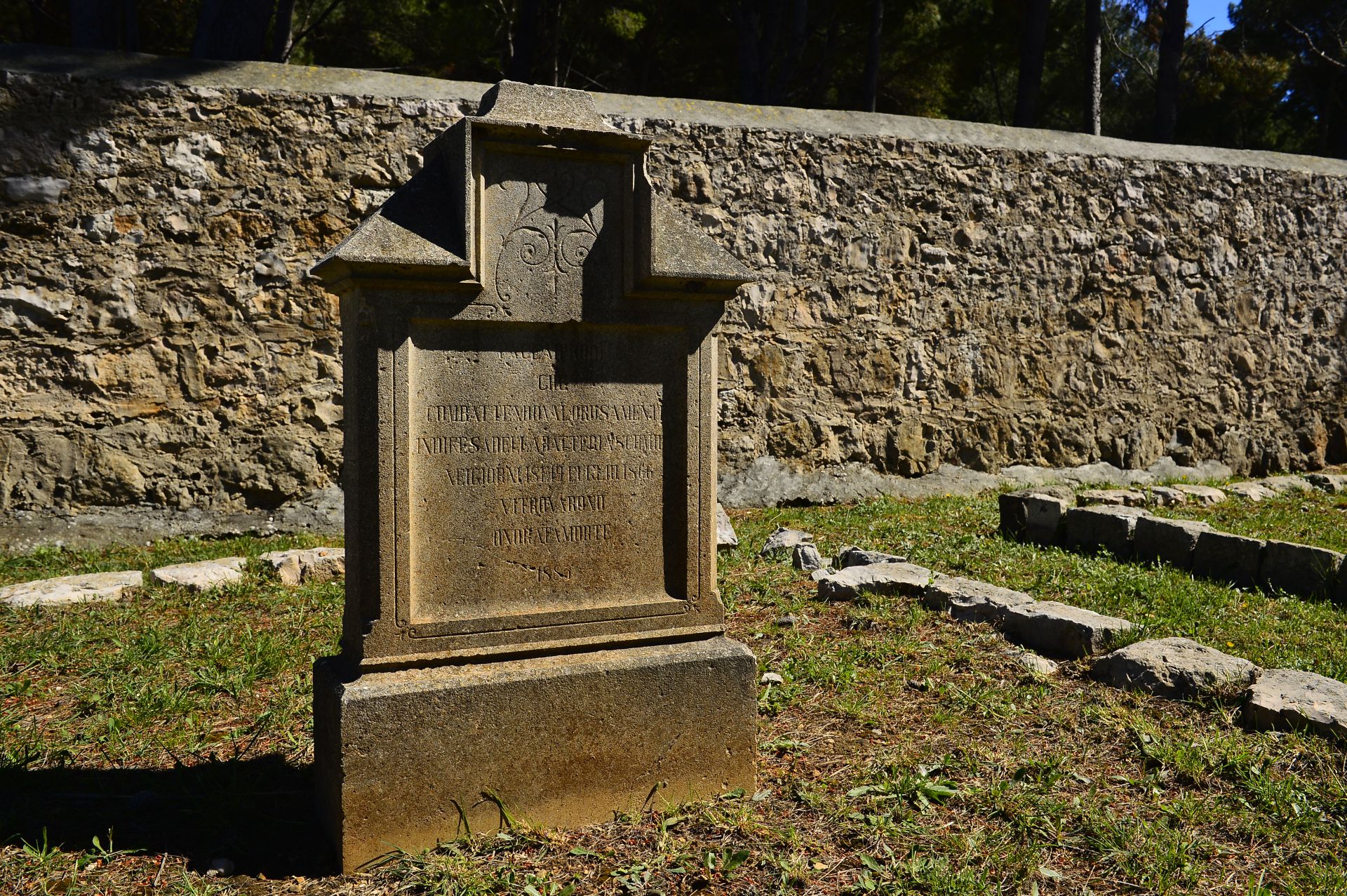 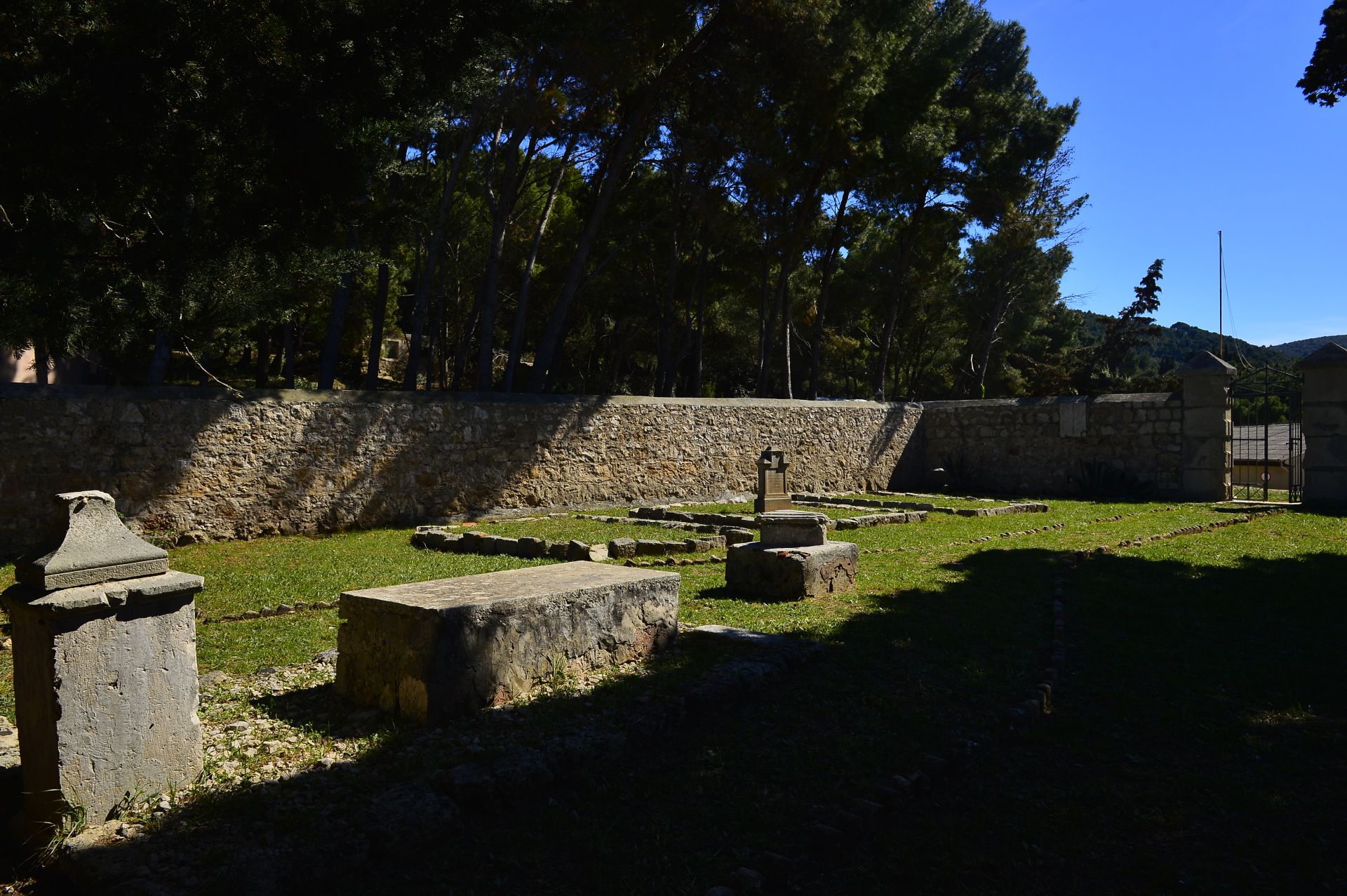 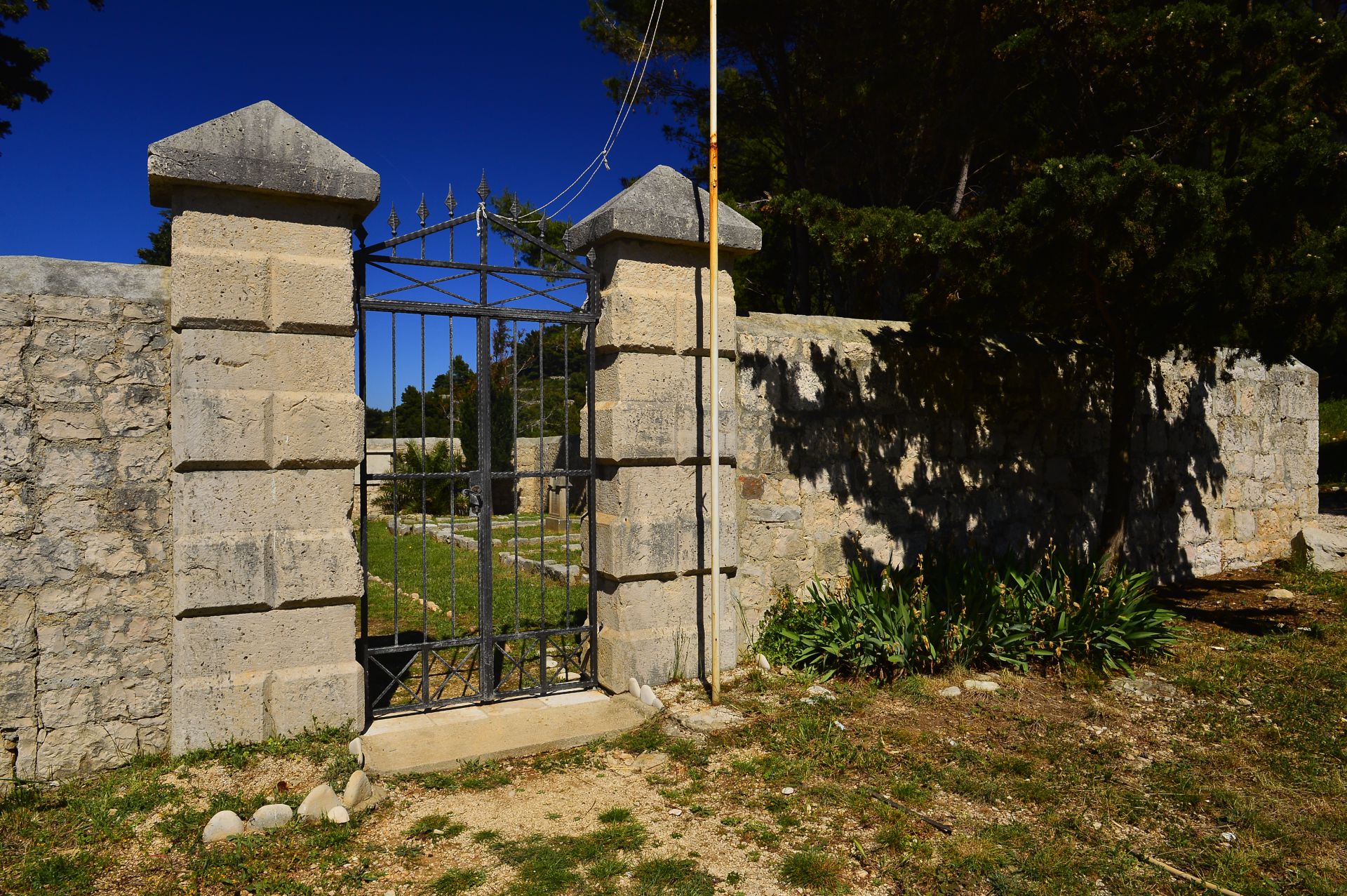